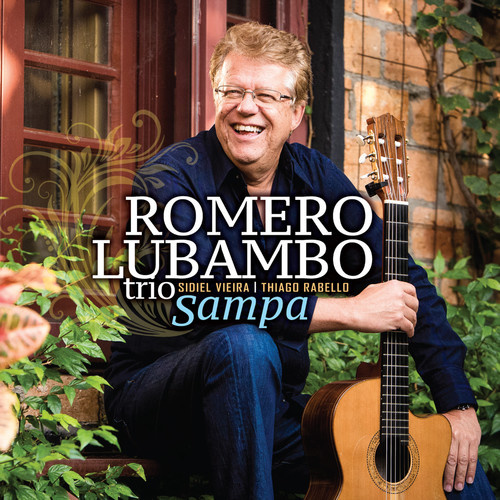 2017 release. Not many musicians are more enthusiastic about performance and collaborations than Romero Lubambo is. The virtuoso guitarist has been based in the United States for decades but regularly makes it back to his native Brazil for innumerable projects with musicians of all sorts.

On one of these trips, Lubambo met drummer Thiago Rabello. The Rio de Janeiro born Lubambo was greatly impressed by the percussionist from São Paulo during a weeklong residency in Bahia. So when the guitarist was scheduled to perform in São Paulo shortly thereafter, he naturally reached out to Rabello to be his drummer and to help find a bassist. It was with the suggestion and addition of Sidiel Vieira that Lubambo's Brazilian trio became whole.

In Rabello and Vieira, Lubambo found two musicians who are excellent players and fantastic people. Upon his arrival in Brazil, Lubambo found that his trio mates had not only learned his music but had memorized it, requiring only one rehearsal before they were able to take their music on the road. The trio's rapport can be heard on their new recording Sampa, an energetic and diverse program recorded in São Paulo (the title being a local colloquialism for the city's name) at Rabello's recording studio.