Miles wrote most of Rainbow Sign as his father was passing away in the summer of 2018. “I became more of a caregiver to him,” he says. “I was so happy that we made it all the way around, and that he was able to know before he passed just how much he was loved.” That’s why the album feels so endearing: it scores the journey from Earth to eternal peace.

Rainbow Sign is also a riveting spiritual document equally inspired by colorful arches: author James Baldwin’s The Fire Next Time, and an old folk song from the 1920s. “Rainbows deal with renewal, and also the title, there’s a Carter Family song called ‘God Gave Noah the Rainbow Sign,’” says Miles. “Rainbows also show up in The Book of Revelation, when Christ comes back and his skin is like jasper. We see people in these kinds of boxes — like ‘he’s black, brown or white,’ but when Christ shows up, it’s like ‘we don’t know what this brother is.’ Jasper’s got a whole bunch of colors, like a rainbow. Sometimes, our limitations can inform what we can see. And when they finally got to see Christ, it was more than we thought we could ever see.”

Rainbow Sign perfectly captures that aesthetic. On the surface, it seems like an easy-going record made for quiet reflection beneath overcast skies. Dig deeper, and one finds strong ties not only to jazz, but to the blues as well. To Miles, blues music conveys the freedom that’s eluded Black Americans for too long.

“It’s the first music that really gets to the point for Black people about possibilities,” Miles says. “Before that, the possibilities were very limited: you could go to heaven, but you weren’t going to travel. With Rainbow Sign, we have music that is true to the blues, yet it reflects the times we’re in right now while still showing us what’s possible.”

“I hope listeners are able to find their truth in it,” he says of Rainbow Sign. “That when they hear it, it’ll make them think of something, make them feel something that’s special and unique to them. Wherever you are in your journey, hopefully it’ll speak to you in some way.” 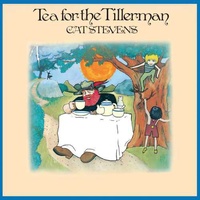