The elfin bassist/vocalist/songwriter Ronnie Lane often operated in the shadow of a bigger, more boisterous personality (Steve Mariott in the Small Faces, Rod Stewart in the Faces), but his work in both those bands and as a solo artist was that of an almost mystically good-natured and warm musician. Whether delivering rollicking rock & roll, digging into various folk traditions, or telling rambling tales in his slightly worn, always heart-felt voice, Lane crafted music that will stand the test of time as well as any made by the Small Faces, the Faces, or Rod Stewart. Just for a Moment: Music 1973-1997 is a post-Faces career-spanning set that cements Lane's status as one of the great songwriters of the '70s and is a treat for anyone who loves the era when country, rock, folk, and soul got all jumbled up in an organically laid-back fashion. 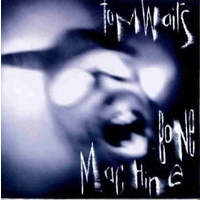