When journliast Les Tomkins began his informal and candid documentation of the nightly goings on at the original Ronnie Scott's club in Gerrard Street during the autumn of 1963, it was apparently at the bequest of Scott himself.

Tomkins archive is extensive, and between 196 and 1965, his Ferrograph recorder captured many of the good and great who graced the tiny Gerrard Street bandstand, ranging from Scott favourites like Al Cohn and Zoot Sims to local heroes Tubby Hayes and Bobby Wellins.

By dint of the fact that he waved no flags, made no public declarations and never informed anyone as to when his tapes were running, Tomkins soon came to realise that his recordings of Scott were some of the best, most profound and relaxed that the tenorist has ever made.
Les recorded Scott over fifteen times during this two year period (and some of these recordings have appeared on previous releases) but this Candid album goes even further than those earlier issues, in adding to the ongoing appreciation of Scott's musical voice, a voice which is sadly often not so much overlooked as forgotten and which, as these recordings prove, could hold its own beside some of the best-regarded American jazz figures of the 1960s. 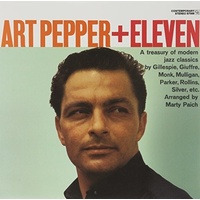