Keepin' Outta Trouble is Rory Block's sixth release in her "Mentor Series" that salutes the blues masters who've had a profound impact on her music. This time she pays tribute to Bukka White, one of the most influential country blues artists in history. She brings the soul and meaning of Bukka White's songs to life, as if heard for the first time since they were written and performed by the man, himself. Rory Block is one of the most acclaimed acoustic blues artists. She has won five Blues Awards in the "Traditional Blues Female Artist" and "Acoustic Blues Album of the Year" categories. 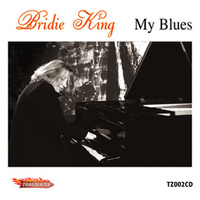