DVD includes an unreleased Bataclan Paris performance (1972), UK TV performances and 5.1 album mix. This four-disc anniversary set consists of the original album on CD 1, a disc of demos and outtakes, a CD devoted to BBC radio sessions and a DVD that includes a brand new Steven Wilson 5.1 surround sound mix, along with rare video footage of TV appearances and live performance.

All the discs are presented in a large-format 12″ x 12″ 136-page hardcover book which features notes by author and journalist Richard Williams. The book also includes an array of rare photos, including many outtakes from the Karl Stoecker cover shot of model Kari-Ann Muller. The second disc includes four demos recorded just over a year before the album came out. Outtakes from the actual album sessions are also included. Two Peel Sessions from January '72 and May '72 feature on CD 3 along with five tracks for a BBC In Concert broadcast in August of the same year.

The DVD features Steven Wilson's 'new' 5.1 mix in DTS 96/24 and Dolby AC3 Sound. The DVD video content includes the band performing Ladytron on The Old Grey Whistle Test, their first Top Of The Pops appearance doing Virginia Plain and rare footage of Roxy Music at the Bataclan Club in Paris in November 1972. 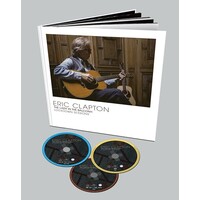