Trumpeter Roy Hargrove has been in some exotic musical environments in the past -- from his various quintets, quartets, his Afro-Cuban outfit Crisol, and his funk band the RH Factor, he's pretty much done it all. And while he's played in various big bands before, he's never led his own until now. Emergence on the Groovin' High imprint features a 19-member big band, playing a set of 11 standards and originals by Hargrove and bandmembers as well as a track written for the leader by none other than pianist Chucho Valdés -- who doesn't appear here.

The roots for this project go all the way back to 1995 when Hargrove formed a big band to play the New York Jazz Festival. The group went through many metamorphoses when he played a series of club and festival gigs over the intervening years. The set begins with "Velera," a tune written and arranged by Hargrove. It's a ballad in modal style with extended harmonies and a lovely textural palette. The composer employs restraint to bring forth his gorgeous melody. It's followed by "Ms. Garvey, Ms. Garvey," written and arranged by baritone saxophonist Jason Marshall. It quotes liberally from "Wade in the Water" and "Hit the Road Jack," but is a stomping, raucous blues in its own right with the wide chromatic and harmonic range of the brass section on full display, and contains a smoking solo break by Hargrove.

Some of the standards that really shine are an unusually restrained and utterly elegant "My Funny Valentine" and the finger-popping "September in the Rain," the former arranged by bass trombonist Max Siegel and the latter by Hargrove. Frank Lacy's "Requiem" is here, and is the most imaginative tune on the set; arranged by the composer, it walks a solid line between modern post-bop jazz and modern classical composition. Roberta Gambarini is the guest vocalist on "Every Time We Say Goodbye," and does a knockout job. There are a couple of Latin numbers on the set as well, and they just smoke: "Mambo for Roy," written by Valdés, and "La Puerta," which also features Gambarini -- they offer deep-listening evidence how far-reaching this band is at heart. Hargrove's "Tschpiso" is a wild, rumbling big brass number filled with syncopation, tough rhythms, and heavy blues feel. In all, Emergence is a stunner from top to bottom. 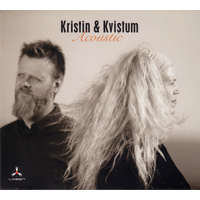 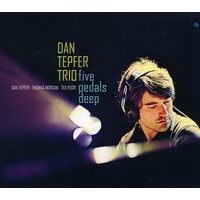