2010 album from acclaimed singer/songwriter Ryan Bingham and his band, the Dead Horses. Bingham recently won the Oscar and Golden Globe for Best Original Song for 'The Weary Kind (Theme from Crazy Heart)', which he co-wrote with multi-Grammy Award winning producer/musician T-Bone Burnett. The collaboration between Bingham and Burnett developed into a solid artistic relationship during the Crazy Heart recordings, and as a result, Burnett signed on to produce Junky Star. All 12 songs on Junky Star were written by Bingham and performed by his longtime band the Dead Horses, featuring Matt Smith (drums), Elijah Ford (bass) and Corby Shaub (guitar/mandolin). Burnett created a recording environment that perfectly complimented the themes and textures of Bingham's reflective songwriting and gravelly voice. 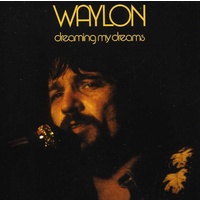 Charlie Rich - It Ain't Gonna Be That Way: The Com Emmylou Harris and the Nash Ramblers - Ramble in M