The final Santana album recorded with the leader's famed Woodstock lineup, one of the most capable and explosive bands ever assembled, Santana III (commonly referred to as The Third Album) is a beacon of Latin-tinged rock, melodic creativity, and cohesive interplay.

The record also marks the debut of young guitar virtuoso Neal Schon, who functions as the ideal foil to Santana, whose playing on this 1971 set rivals that of the finest in his career. If not for arriving after the monumental Abraxas, it is likely Santana III would be mentioned in the same breath as groundbreaking psychedelic classics such as Bitches Brew. It's that good.

Embracing the concept that all of the members should share their musical ideas, Santana added two crucial components to his band: Schon, discovered at the age of 15 playing in a Palo Alto club, and Thomas "Coke" Escovedo, who during the sessions temporarily replaced ill percussionist Chepito Areas, and whose percussive assistance helped define the album's feel. With Schon in the fold, Santana strives for the unknown, and yet, manages to stave off the numbing excesses that define much of the period's output.

From the opening "Batuka," peppered with Schon's stirring guitar lines, to the sensitive "Everything Is Coming Our Way," infused with a mesmerizing Hammond organ underpinning that supports Santana's vocal pathos, the record teams with inventiveness. Involving albeit accessible concoctions of funk, jazz, rock, blues, and soul run throughout the set. Spanish-styled flavors infuse a majority of the material, ranging from the salsa piano on "Guarjira" to the distinctive "No One to Depend On," a lively take on the cha-cha-cha. 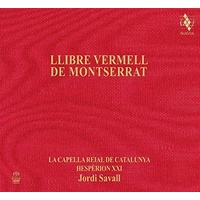