Features great McLachlan hits performed live: "Building A Mystery," "I Will Remember You," "Adia" and "Angel"

The Analogue Productions/QRP pressing reissue treatment delivers sonics and luxury packaging second to none for discerning collectors. Now we've given three titles by Canadian songstress Sarah McLachlan this premier makeover and you reap the benefits: Solace, Mirrorball and Afterglow. Each on 45 RPM LP and Hybrid SACD.

Grafted from McLachlan's supremely satisfying 1998 performances, Mirrorball is drawn almost equally from the multiplatinum Surfacing and its superior predecessor, Fumbling Towards Ecstasy. (Included also is the lovely, hard-to-come-by "I Will Remember You.") Live, a haunting ballad such as "Possession" becomes a fevered, aggressive bit of psychedelia. "Hold On" reveals new depths when performed behind the beat with morphing time signatures and driving piano.

"McLachlan's warmly expressive voice is still at the epicenter of her performances. She roams through these 14 songs with agile ease, riding the rails between singing for dramatic arena effect — huskily growling, airily trilling — and knowing what to play down with her sensually controlled crooning (witness such gems as Fumbling's title song and 'Good Enough'). Overall, McLachlan's vocals match the heavily percussive intensity of her band and the build of her backing vocalists, producing a more spacious sound than the precise pitch rendered on her studio recordings." 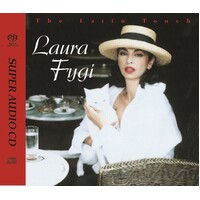