As producer Michael Cuscuna explains in a helpful addendum, The Fabulous Sidney Bechet is a reissue of a reissue. The 1958 release combined two earlier 10" LPs recorded in New York in 1951 and 1953 during short visits by Bechet, who at that time was already living as an expatriate in France.

This new package includes two previously omitted tracks, "There'll Be Some Changes Made" and "Shine," as well as three alternate takes from the 1951 session and two from the 1953 session. Bechet was in his twilight years at the time of these recordings, and still his soprano sax playing is extremely forceful, cutting through the six-piece ensembles like a beacon, loud as anything yet devoid of stridency.

The music is old-school New Orleans swing, and this at a time when bebop and cool were the state of the art. At the 1951 session Bechet is joined by trumpeter Sidney de Paris, trombonist Jimmy Archey, pianist Don Kirkpatrick, bassist Pops Foster, and drummer Manzie Johnson. Archey remains for the 1953 date, with Jonah Jones on trumpet, Buddy Weed on piano, Walter Page on bass, and Johnny Blowers on drums. The later ensemble has a more modern sound, owing not least of all to the contrasting styles of the bassists. Foster plays in the older "slap" style while Page plays in the smoother "walking" style that he helped invent. In addition to the impeccable sound quality, this album has great old songs like "Ballin' the Jack," "Rose of the Rio Grande," and "Sweet Georgia Brown" to recommend it. And this isn't just a showcase for Bechet. Every soloist on the record is brilliant. 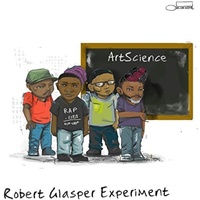