The new installment in the ongoing series of New York centered recordings, this time with the stellar roster of Chris Speed, Herb Robertson, John Hébert and Tom Rainey, “Plain” is the new brilliant opus in Simon Nabatov’s singular and rich career.
With a background in classical piano, with the immediately recognizable Russian feeling, Nabatov gives here plenty of room to his many musical interests, including his passion for the music of Herbie Nichols, heard in the last track “House Party Starting”.

As the pieces go by, you feel the presence of history, the history of jazz and the history of classical music, combined with elements of other musical languages, but mixed and blended in such a way that it is impossible to figure out what comes from where.
What keeps your attention is the very personal voice of this incredible musician, now living between Germany and New York, and his focus on keeping things outside the box. Former partner of the likes of Steve Lacy, Ray Anderson, Arthur Blythe, Perry Robinson, Matthias Schubert, among many others of different generations, Nabatov has that rare ability to always surprise us, and indeed he does that again in this collection of superbly crafted and interpreted pieces. 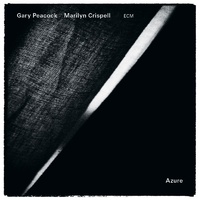