Released in 1970 during the stopgap between Stand! and There's a Riot Goin' On, Greatest Hits inadvertently arrived at precisely the right moment, summarizing Sly & the Family Stone's joyous hit-making run on the pop and R&B charts. Technically, only four songs here reached the Top Ten, with only two others hitting the Top 40, but judging this solely on charts is misleading, since this is simply a peerless singles collection.

This summarizes their first four albums perfectly (almost all of Stand! outside of the two jams and "Somebody's Watching You" is here), adding the non-LP singles "Hot Fun in the Summertime," "Thank You (Falettinme Be Mice Elf Agin)," and "Everybody Is a Star," possibly the loveliest thing they ever recorded. But, this isn't merely a summary (and, if it was just that, Anthology, the early-'80s comp that covers Riot and Fresh would be stronger than this), it's one of the greatest party records of all time. Music is rarely as vivacious, vigorous, and vibrant as this, and captured on one album, the spirit, sound, and songs of Sly & the Family Stone are all the more stunning. Greatest hits don't come better than this -- in fact, music rarely does. 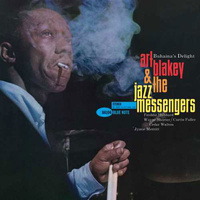