Mississippi's Son House was already legendary for a small collection of live field recordings made by folklorist Alan Lomax in 1941 and 1942, and for having taught some important licks to both Robert Johnson and Muddy Waters before he was rediscovered by a new generation of college-age fans in 1964.

The "Father of the Delta Blues" recorded this namesake album for Columbia Records a year later in 1965. It's become, in the words of Living Blues magazine — "Essential recordings by one of the greatest bluesmen ever." And now, Analogue Productions presents a reissue unmatched in sonic quality and luxury presentation. For our version we turned to Ryan Smith at Sterling Sound to remaster the recording from the original master tapes. The Hybrid Stereo SACD version was authored for SACD by Gus Skinas at the Super Audio Center in Boulder, Colo.

Son was born Eddie James House, Jr., on March 21, 1902, in Riverton, Miss. By the age of 15, he was preaching the gospel in various Baptist churches as the family seemingly wandered from one plantation to the next. He didn't even bother picking up a guitar until he turned 25; to quote House, "I didn't like no guitar when I first heard it; oh gee, I couldn't stand a guy playin' a guitar. I didn't like none of it." But if his ambivalence to the instrument was obvious, even more obvious was the simple fact that Son hated plantation labor even more and had developed a taste for corn whiskey. After drunkenly launching into a blues at a house frolic in Lyon, Miss., one night and picking up some coin for doing it, the die seemed to be cast; Son House may have been a preacher, but he was part of the blues world now. 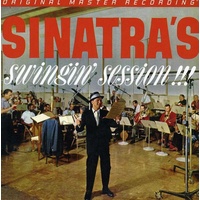