As the tenor sax is not in the same key as an alto, Sonny Rollins would have to transpose a lot of music to take a tribute to Charlie Parker to a high level. Instead Rollins has chosen standards associated with Parker, and recorded them within a year after Bird’s passing.

The music certainly has its moments, as on the inexhaustible 27-minute medley of seven tunes seamlessly stitched together. Rollins plays the melody on alternating songs "I Remember You" and "They Can’t Take That Away from Me," Kenny Dorham has at it for "My Melancholy Baby" and "Just Friends," with Wade Legge getting his two cents in on trio only versions of "Old Folks" and "My Little Suede Shoes." Finally the whole band joins in on the ten-minute medley finale "Star Eyes." Two independent selections accompany the medley: Rollins does the ballad "I’ve Grown Accustomed to Your (Her) Face," from the musical "My Fair Lady" and the horns finally play together for the nearly 12-minute cool waltz "Kids Know." 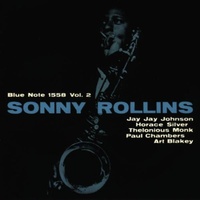 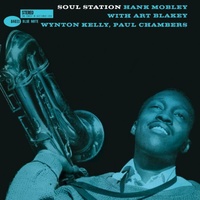