2014 Japanese SHM-SACD. Single layer, will only play on an SACD player.

Features Ray Brown on bass and Shelly Manne on drums. Over his long and distinguished career, Sonny Rollins has made many dozens of albums. Among those recorded during the '50s, Prestige's Movin' Out and Colossus, Blue Note's A Night at the Village Vanguard, Riverside's The Sound of Sonny, and Way Out West on Contemporary qualify as all-time Rollins classics.

The session for Way Out West, Rollins' first ever in California, was called for 3 a.m. to accommodate everyone's busy schedules. Sonny, who could never be accused of overstatement, announced after four hours of recording: "I'm hot now." 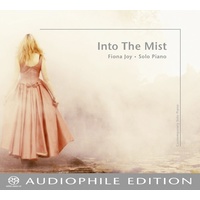