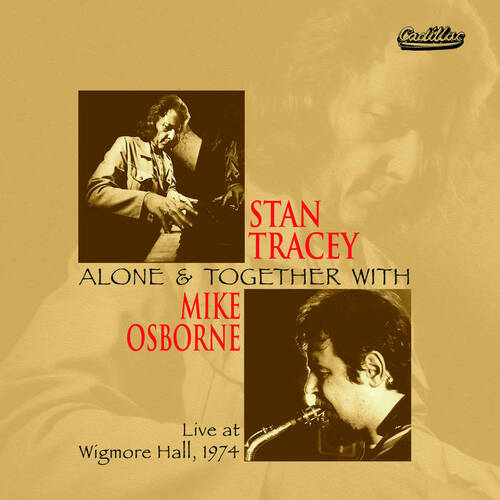 This double album consists of, for the first time ever on CD, the Stan Tracey solo recording Live at Wigmore Hall, made for Cadillac Records in 1974.

The re-release of this set is valuable enough in itself, but added golddust comes in the shape of the additional material - the previously unreleased second half of the evening - a duo recording with alto saxist Mike Osborne. Two of the greats of the English jazz scene - in fact two of the finest jazz improvisers of theirs or any time. This is not only highly charged, beautiful music performed by musicians at the top of their game, it's a fascinating and irreplaceable historical snapshot of the jazz scene of the time.

'There can't have been too many duos in the history of jazz that have ever achieved such a rare understanding as Osborne and Tracey achieve here. And one that's all the more gratifying in the light of the knowledge that the alto player was the man responsible for bringing newer forms of jazz to Stan's ears, and dissuading the older musician from jacking it in altogether.' Steve Lake, 1974