Steely Dan was formed in 1972 when staff songwriters Walter Becker and Donald Fagan needed a band to perform and record songs they were writing for ABC/Dunhill.

Defying all rock conventions, Steely Dan's sound was sophisticated yet accessible, featuring irresistible pop melodies along with complex harmonies. Released in '72 to critical success, the platinum selling Can't Buy a Thrill spawned 2 Top 10 hits: "Do It Again" and "Reeling in the Years." 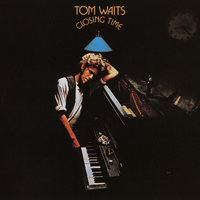