Steely Dan have sold more than 30 million albums worldwide, and helped define the soundtrack of the '70s with hits including 'F.M.,' 'Reelin' in the Years,' 'Rikki Don't Lose That Number,' 'Peg,' and 'Hey Nineteen' (amongst others), culled from their seven platinum albums issued between 1972 and 1980. They reunited in the early '90s and have toured throughout the decade and beyond, releasing multi-Grammy winner Two Against Nature in 2000 and it's acclaimed follow-up Everything Must Go in 2003. They were inducted into the Rock and Roll Hall of Fame in 2001. Features 33 tracks. Universal. 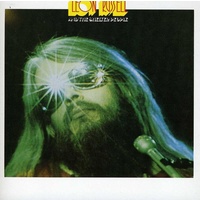