With a 40-year career of recordings that includes classics by everyone from George Benson, Chick Corea and Jaco Pastorius to Eric Clapton, Paul Simon and Steely Dan, Steve Gadd has a well-deserved reputation as the ultimate session drummer. Gadd doesn’t release many solo projects, but when he does-especially one with baritone saxophonist Ronnie Cuber, organist Joey DeFrancesco and guitarist Paul Bollenback-it’s cause for celebration.

The only thing that could’ve improved Live at Voce is better song sequencing, since it starts out with a nine-minute shuffle version of Bob Dylan’s “Watching the River Flow.” Gadd could play shuffle feels backward, which frankly would’ve been more interesting. But things improve with the funky “Way Back Home” by Crusaders saxophonist Wilton Felder, and rarely let up afterward. Cuber, DeFrancesco and Gadd all contribute expectedly soaring solos before the surprises start. On the standard “Bye Bye Blackbird,” DeFrancesco adds simultaneous muted trumpet to his organ patterns amid Gadd’s stellar brushwork; Bollenback, a longtime member of DeFrancesco’s band, takes a beautiful, building solo.

The chemistry between Gadd and Cuber stems from years together in the Gadd Gang, and both stand out on a vibrant take of Buddy Miles’ “Them Changes.” Bollenback’s break shows his bop chops before Cuber quotes Parliament/Funkadelic and Michael Jackson during a brilliant solo, all as Gadd expertly alternates between funk and swing feels. “Georgia on My Mind” gives the underrated Cuber a chance to sing the gorgeous vocal melody through his horn, and “Sister Sadie” includes explosive volleys between Gadd and DeFrancesco, making listeners wish they’d been at the Scottsdale, Ariz., restaurant on this night in late 2009. Two bonus studio tracks with singer Edie Brickell-including “Here I Am Now,” which compels with just vocals and drums-make for a tasty dessert. 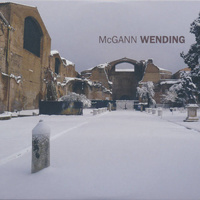