The story of The Steve Miller Band presents a group that was always willing to move forward – from their blues roots in the late-’60s, to their slew of smash rock hits in the ’70s, to their explorations into pop and other forms in the decades since. Now, more than 50 years since the band’s inception, The Steve Miller Band have announced an expansive 3-CD/DVD box set of rarities due October 11 2019 entitled Welcome To The Vault.

Welcome To The Vault is the first-ever Steve Miller Band rarities collection and features 52 songs that span Miller’s career, including 38 previously unreleased recordings and 5 never-before-heard songs. With demos, rehearsal takes, newly unearthed compositions, classic concert recordings, and more, Miller has dived into the vaults with a celebratory collection that’s bound to please any fan. There are alternate takes of classics like “Rock’n Me,” “Fly Like An Eagle,” “Jet Airliner,” and “Space Cowboy,” alongside gems from their early lineup. Among them are a 10-minute cover of Little Walter’s “Blues With a Feeling” from San Francisco’s Fillmore West and “Super Shuffle,” recorded at the band’s appearance at the Monterey Pop Festival. The set also includes a new, big band version of “Take The Money and Run,” recorded with blues guitarist Jimmie Vaughan as part of the Jazz at Lincoln Center series. Blues tunes also abound, including covers of Otis Rush, Robert Johnson, and Willie Dixon. In an unexpected twist, the blues ace T-Bone Walker is also featured performing his hit “Lollie Lou” in Miller’s living room. Rounding out the music is Miller’s own rendition of that tune, recorded at his T-Bone Walker: A Bridge from Blues To Jazz tribute concert.

The DVD is also a veritable treasure trove of rarities, featuring 21 performances. There’s rare footage from Monterey Pop, a concert appearance at Fillmore West from 1970, and a 43-minute concert broadcast from New York’s Palace Theater in 1973. There’s a collaboration with James Cotton from their 1974 appearance on ABC In Concert, a live rendition of “Abracadabra: from 1982, excerpts from the band’s Austin City Limits appearance in 2011, and footage of Steve Miller performing with his godfather Les Paul in 1990.

The discs are housed in a deluxe box accompanied by a 100-page book that includes photos from Miller’s extensive archive and a 9,000-word essay by David Fricke. Miller has also thrown in guitar picks featuring his iconic Pegasus logo, and even an authentic backstage pass from the vault! 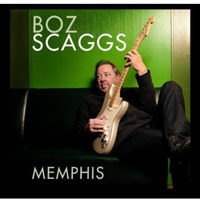