The title 'Introducing' is somewhat misleading as Steven Herring has already made a splashing debut as a recording artist last year in Kirk Knuffke's 'Witness' album that received numerous raving reviews for Steven's commanding performance in a wide-ranging program of opera/gospel/jazz. 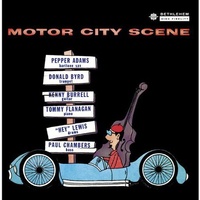