Summer Of Soul (...Or, When The Revolution Could Not Be Televised) O/S/T - 2 x Vinyl LPs

Like the documentary, most of the audio recordings that were recorded during the 1969 Harlem Cultural Festival have not been heard for over 50 years, keeping this incredible event in America's history lost - until now.

The Summer Of Soul (... Or, When The Revolution Could Not Be Televised) is a joyous musical celebration and the rediscovery of a nearly erased historical event that celebrated Black culture, pride and unity. For the album, Questlove carefully selected 16 live renditions of jazz, blues, R&B, Latin, and soul classics performed over the course of The Harlem Cultural Festival in 1969 as chronicled by the film. 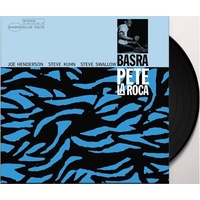