This is the only studio recording by the excellent Polish Jazz ensemble Sun Ship, founded in 1978 by two ex-Extra Ball members: virtuoso pianist / composer Wladyslaw Sendecki and saxophonist Andrzej Olejniczak, with bassist Witold Szczurek and drummer Marek Stach. Olejniczak left son after the group was founded, to be replaced by a double saxophone front line consisting of Zbigniew Jaremko and Henryk Miskiewicz. Miskiewicz was the group's second composer and contributed two of the five compositions present on this album in addition to the three compositions by the leader, Sendecki. Sun Ship was the first of the Polish ensembles, which tried to leave behind them the Jazz-Rock Fusion, which was the predominant genre in the 1970s and return to mainstream Jazz, with more advanced chord changes and extended improvisations, which they did extremely well. Sendecki's keyboard wizardry is plainly evident on this beautiful album, as are the highly developed skills as improvisers. In retrospect this is one of the most interesting Polish Jazz recordings of that turbulent period. Highly recommended! 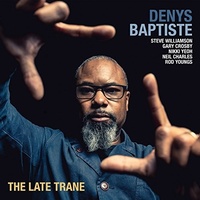