Every aspect of the chart-topping art-rock set screams blockbuster, not the least of which is the production, the result of painstaking studio setups and months of mixing. Indeed, aside from the undeniably catchy nature of the ten tracks, fun remains the most central element of Breakfast in America.

The band even titled the record to fall in line with the overall joyful feeling of the material. Home to a quartet of commercial staples - 'The Logical Song,' 'Goodbye Stranger,' 'Take the Long Way Home,' and the title track - Breakfast in America teems with arena-sized drama, meticulous craftsmanship, and mesmerizing refrains. Shrewd lyrical turns abound, whether on the phonetic, adjective-stacked 'The Logical Song,' life-in-America portrait 'Child of Vision,' or move-to-L.A. saga 'Gone Hollywood.' U.S. references also dot the smash title track, which reflects the glib humor, romantic fantasies, and pop culture permeating the record. Breakfast in America also retains it's vitality because of it's expert instrumentation and placement.

Deemed a 'a textbook-perfect album of post-Beatles, keyboard-centered English art rock that strikes the shrewdest possible balance between quasi-symphonic classicism and rock 'n' roll' by Rolling Stone shortly after it's release, the record serves as a blueprint of reference-setting production and mixing. Check the scorching guitar outro on 'Goodbye Stranger,' gospel accents on 'Lord Is It Mine,' saxophone lines on 'Take the Long Way Home,' or chemistry of the choruses on basically every piece here. It's enough to make one long for the '70s again. 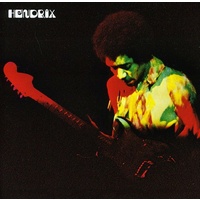 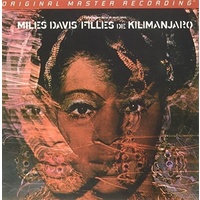