Jimi's third and final studio album Electric Ladyland was also his biggest hit, rocketing to #1 on the chart after it's October, 1968 release. Most of the tracks were written by Hendrix, except Noel Redding's "Little Miss Strange" and the group's electrifying cover of Bob Dylan's "All Along the Watchtower". Two years later, when Hendrix finally created his own studio, it was named Electric Lady.

The photo from the cover of Electric Ladyland was taken at the Saville Theatre by Karl Ferris. 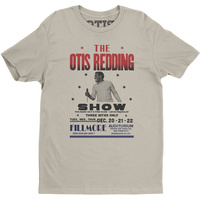