He was said to have a voice as big as the state in which he was born. Texas Alexander was born in Texas in 1900 and loved playing on stage or at the club while singing. Often he sang unaccompanied, but there were also many collaborations with musicians such as Lonnie Johnson, Eddie Lano, King Oliver, Lightnin 'Hopkins, Johnny Beck and Lane Hardin. He died in 1954 and his music fell into oblivion. But his fame was revived by the great blues revival in the 60s. A man and his music - 97 songs! 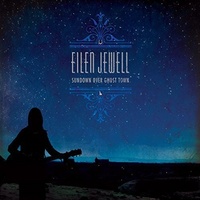