Fillmore East is synonymous with some of the greatest concerts ever staged. Yet the vaudeville venue belongs to one group: The Allman Brothers Band. This groundbreaking double album is why. As the collective's breakthrough, it broadcasts to the world wowing improvisational flights and seamless musical fusion the likes of which no one had ever heard. In communion with the crowd, the band establishes an interactive blueprint for all shows that followed, while its high-wire displays of powerhouse soloing and time-stretching arrangements remain the stuff of hall-of-fame legend.

Mobile Fidelity's collectable hybrid SACD of At Fillmore East joins the unparalleled reissue imprint's other Allman titles in presenting the inimitable ensemble's music in the most lifelike, uncompromising fidelity possible. You're whisked to the midst of the Fillmore East for four gigs performed on March 12 and 13, 1971, plunked down in a fifth-row seat surrounded by fervent fans and a smoke-filled atmosphere. Every slippery bottleneck note, every aching vocal moan, every soulful purr from the organ, every gritty interlocking riff comes across with unfettered clarity and realism.

Although the record features multiple works the band never laid down in a studio, At Fillmore East is a meticulously conceived affair. The Allmans prepped rough sketches and layouts of the tunes, carving out spaces for each member's solos, and leaving the direction of such entirely up to the individual. As a result, the effort-anchored by iconic producer Tom Dowd's stellar production-presents a jazz-drifting rock band benefiting from both a sense of assured direction as well as opportunistic freedom. 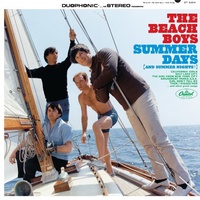