The Brothers Johnson - Light Up The Night - Pink Vinyl LP

Light Up the Night is the fourth album by the Los Angeles, California-based duo Brothers Johnson, released in 1980. The album topped the U.S. R&B albums chart and reached #5 on the pop albums chart. The single, "Stomp!", became a dance hit, reaching #1 on both the R&B singles and disco charts and Top Ten on the pop singles chart. Light Up the Night was the final Brothers Johnson album to be produced by Quincy Jones. The Brothers Johnson consisted of American musicians and brothers George ("Lightnin' Licks") and Louis E. Johnson ("Thunder Thumbs"). They achieved their greatest success from the mid-1970s to early 1980s. 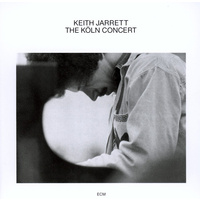