This, the Chambers Brothers' coming-of-age record, was a well-timed and even better executed exercise in modern record-making. The brothers had recorded several excellent gospel-folk sides on a few labels (including CBS) in the mid-'60s. They were darlings of the folk set, and even sang backup on a few unreleased Bob Dylan sessions in 1965. By 1967, they were at loose ends. Having demoed a slightly demented song that year called "Time Has Come Today," the group entered the studio with producer David Rubinson, who was fresh from some critical acclaim after recording Moby Grape. The resulting album and subsequent title track hit were huge successes, especially on FM radio. The rest of the album shows the brothers not just embracing the psychedelic trends, but also redefining their R&B leanings.

The 2000 CD reissue of Time Has Come on Columbia/Legacy adds three 1966-1967 non-LP B-sides, as well as the first single version of "Time Has Come Today," which is substantially different from the familiar one on the album. 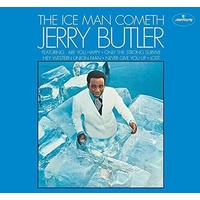