The release of their fourth studio album, To Believe, in March 2019, is the next step in a process of constant evolution.

Born out of the band's latest formation, it's a creative partnership between founder Jason Swinscoe and longtime friend and collaborator Dom Smith, along with an extended family of regular bandmates and collaborators. Guided by a communal spirit, the changing members are consistent with their ethos, where no individual ego takes precedence. Guest vocalists on To Believe include the art-soul singer Moses Sumney, legendary UK rapper Roots Manuva, longtime vocal collaborator Heidi Vogel and many more.

To Believe is the product of a long period of gestation, a reflection of the kind of album they wanted to make - the kind of album, that is, they've always made: deep, textured, and layered with meaning. With artwork by The Designers Republic™ (Aphex Twin) and mixed by 15 time Grammy Winner Tom Elmhirst, at the legendary Electric Lady studio built by Jimi Hendrix, it's a masterful return that stands as their most definitive statement as a group. Surveying the musical landscape of 2019, it's easy to forget how The Cinematic Orchestra have helped to shape it.

They've long bridged deep-thinking jazz, a soundtrack sensibility and electronic music into new shapes, starting with their 1999 debut, Motion. They've forged a path for acts like Floating Points, Kamasi Washington, Ólafur Arnalds and BADBADNOTGOOD, artists who blur different disciplines together to carve out their own new niches. In this sense, the band's recorded absence is less a break than an embrace of it's unique relationship with space, with kinship, with dissent, of course with art and sound, but most of all, with one another. 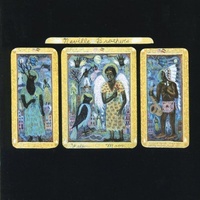