Derek Trucks is a world-class slide guitarist, still only 24 at the time of this recording. Most know him as a guitarist with the Allman Brothers Band. But here, with a smoking group of collaborators, he plays an incendiary, soulful, and wildly adventurous set that challenges all the accepted rock paradigms. This is the record to turn the heads of those who haven't gotten hip to Trucks' bottleneck magic. This performance is so inspired, so utterly spellbinding, it transcends the genre classifications it employs to get the music across.

This is a musical first to boot: this show marks the first time the quintet recorded together. Kofi Burbridge (B-3, keys, and flute) and vocalist Mike Mattison join Trucks, drummer Yonrico Scott, and bassist Todd Smallie. Master percussionist Count M'Butu from Col. Bruce Hampton & the Aquarium Rescue Unit is also on board for the gig. The band showcases only four tunes from its catalog and all of these come from Joyful Noise, its last album. The rest is a rolling plethora of jazz, funk, soul, Eastern Sufi jams, and blues tunes by Rahsaan Roland Kirk ("Volunteered Slavery"), Wayne Shorter ("Angola"), Lightnin' Hopkins ("Feel So Bad"), Paul Pena ("Gonna Move"), Nusrat Fateh Ali Khan ("Sahib Teri Bandi"), and Curtis Mayfield ("Freddie's Dead"), among others.

The jamming is tight and full of surprises, and there is no aimless guitar wankery. This is a band that plays like a single, flowing unit, where nuance, dynamic, and intuition are the order of the evening and the modus operandi for encountering and relaying this information to an audience. Trucks is its centerpiece, of course, but he understands the value and necessity of ensemble play. While there are no dogs on this two-hour smorgasbord, the standouts are the soulful rendition of "Gonna Move," the awesome medley of Khan's tunes "Sahib Teri Bandi" and "Maki Madni," the guttersnipe funk of "For My Brother," and "So Close, So Far Away." 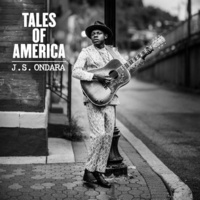 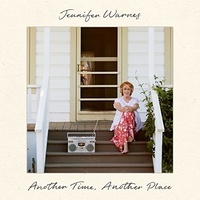