This sequel to The Stuff That Dreams Are Made Of visits the same 1920s era, a time when the recording industry was in its infancy, and labels tended to record any performer who had anything that might stick to the wall, regionally or otherwise. That approach, followed before anything like pop market research was even a glimmer of an idea, means that '20s music was all over the map, with street singers, mountain string bands, maverick fiddlers, musical preachers, banjo players, harp blowers, jug bands, and all manner of blues players getting their shot at putting 78s out there in the world.

Like the first installment, this volume carries both familiar names (Charley Patton, Bukka White, Uncle Dave Macon) and the not-so-familiar, and that variety is part of this set's massive charm. Pop music culture in America starts with recordings like the ones collected here. 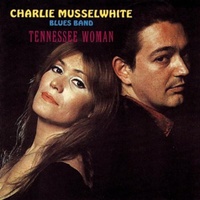