2016 release from the veteran British rock 'n' roll band. We all know that the Stones (as with so many '60s UK bands) started out rocking the blues-and this new release, recorded in just three days in London in late 2015, takes us straight back to the band's blues roots. Their first studio album in more than a decade was produced by Jagger/Richards with Don Was and features their touring bassist Darryl Jones and keyboardists Chuck Leavell and Matt Clifford.

As it should be, this down 'n' dirty blues album was recorded live in the studio with no overdubs: "Just Your Fool," "Commit a Crime," "Blue and Lonesome," "Everybody Knows About My Good Thing," "I Can't Quit You Baby" (last two featuring guitar by Eric Clapton) and more classics originally done by Little Walter, Otis Rush, Howlin' Wolf, Jimmy Reed, Magic Sam and more. 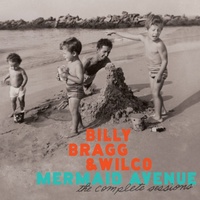