Also included is a hardback 80-page full-color book featuring rare period photos, memorabilia, a 20,000-word essay by legendary Who aficionado Richard Barnes and a rare facsimile Tommy poster. All of this is housed in a hard-back deluxe slip-case. The four-disc set includes the original remastered album, demos, extras, live bootleg material and more!

The full-blown rock opera about a deaf, dumb, and blind boy that launched the band to international superstardom, written almost entirely by Pete Townshend. Hailed as a breakthrough upon its release, its critical standing has diminished somewhat in the ensuing decades because of the occasional pretensions of the concept and because of the insubstantial nature of some of the songs that functioned as little more than devices to advance the rather sketchy plot.

Nonetheless, the double album has many excellent songs, including "I'm Free," "Pinball Wizard," "Sensation," "Christmas," "We're Not Gonna Take It," and the dramatic ten-minute instrumental "Underture." Though the album was slightly flawed, Townshend's ability to construct a lengthy conceptual narrative brought new possibilities to rock music. Despite the complexity of the project, he and the Who never lost sight of solid pop melodies, harmonies, and forceful instrumentation, imbuing the material with a suitably powerful grace. 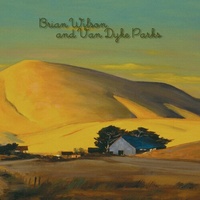