Thelonious Monk Quartet With John Coltrane at Carnegie Hall This never-before heard jazz classic documents one of the most historically important working bands in all of Jazz history, a band that was both short-lived and, until now, thought to be frustratingly under-recorded.

The concert, which took place at the famed New York hall on November 29, 1957, was preserved on newly-discovered tapes made by Voice of America for a later radio broadcast that were located at the Library of Congress in Washington DC earlier this year. Monk and Coltrane had been working together for a solid four months by the time they set foot on stage at Carnegie Hall that night.

By all accounts, Coltrane had been tentative early on in the Five Spot run, challenged at first by Monk’s quirky melodies and chord changes, but the 51 minutes of music captured in pristine sound quality on At Carnegie Hall, present the quartet, which was completed by bassist Ahmed Abdul-Malik and drummer Shadow Wilson, at the height of their powers.

The tapes from that evening at Carnegie Hall were inadequately labeled, filed away amongst the Voice of America’s vast collection of recordings, and apparently forgotten until January 2005 when Larry Applebaum, a supervisor and jazz specialist at the Library of Congress, came upon them by accident during the routine process of digitally transferring the Library’s collection for preservation purposes.

Applebaum noticed a set of tapes simply labeled “sp. Event 11/29/57 carnegie jazz concert (#1),” with one of the tapes barring the sole marking “T. Monk.” Until now, remarkably little recorded documentation of Monk’s quartet with Coltrane has been known to exist, a fact that makes this finding all the more significant. Mingus Big Band - I Am Three 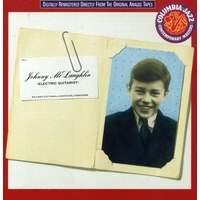