Tigran Mansurian has created a Requiem dedicated to the memory of the victims of the Armenian Genocide that occurred in Turkey from 1915 to 1917 which affected members of the composer's own family in the most direct way.

It reconciles the sound and sensibility of his country's traditions with the Latin Requiem text in a profoundly moving contemporary composition, illuminated by the "glow of Armenian modality," as Paul Griffiths puts it in his booklet essay. The work is a milestone for Mansurian, widely acknowledged as Armenia's greatest composer. The Los Angeles Times has described his music as that "in which deep cultural pain is quieted through an eerily calm, heart-wrenching beauty."

The Requiem was co-commissioned by the Munich Chamber Orchestra and RIAS Chamber Choir Berlin and first performed by them in Berlin and Munich in 2011 and receives its premiere recording here.

This album is the sixth to appear in ECM's documentation of Mansurian's work, a series that began with the scene-setting 'Hayren: Music of Komitas And Tigran Mansurian' in 2003 and includes recordings by violinists Leonidas Kavakos and Patricia Kopatchinskaja, cellist Anja Lechner and the Amsterdam Sinfonietta, Jan Garbarek and The Hilliard Ensemble, and the Armenian Chamber Choir. 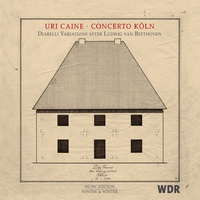