This completes the trilogy of albums comprising improvisation motivated by church music I have known throughout my life, and takes as a focus the liturgical period of Passiontide and Easter. J. S. Bach features once again strongly, peerless sacred composer that he is, and things kick off with a consideration of a chorale closely associated with him: O Haupt voll Blut und Wunden, or the ‘Passion chorale’. He didn’t write the melody but he was lucky enough to live before all the wearisome copyright rules to which we are subject were dreamt up so he harmonized and reharmonized and developed so much extraordinary music from the hymn book of his day.

His ‘Erbarme dich, mein Gott’ follows. This astonishing movement from the St Matthew Passion follows Peter’s triple denial and the predicted crowing of the cock. I never felt poor Peter had much of a chance in this story, but he is hella contrite as he sings this exquisite aria.

One afternoon a kazillion years ago at St Paul’s Cathedral we were rehearsing ‘Surely he hath borne our griefs’ from Handel’s Messiah and Miss Nixon (as we knew her then) asked if there was any other piece from the score that we felt like singing. A friend of mine said, ‘what about the next one?’ and so we launched into ‘And with his stripes we are healed.’ I had never heard it before and I was swept away. It seemed about the hippest thing ever. I couldn’t believe it wasn’t on the choir program. Why were we singing all the dreary depressing stuff when this was in the book? We never sang it again but it stayed with me.

‘Now the green blade riseth’ has a Christmas version with the words ‘Noel nouvelet’, and to be perfectly honest I’m not sure which came first. (The passion chorale makes appearances in the Christmas Oratorio, too, just to confuse us.) I more commonly associate the Easter words with this tune though, which is why I’ve included it here.

The last three selections (because there are two in the final movement) are from the hymn book, and are simply favourite Easter hymns of mine. ‘The strife is o’er’, ‘This joyful Eastertide’ and ‘Thine be the glory’ (a tune adapted from Handel’s Judas Maccabeus) are uncomplicated-ly Easter-y. I have tried, as I always do, to make this album a journey, here from the darkness of the Passion to the joy and the light at Easter.

My very sincere thanks to Garry Warne, who invited me to prepare this program for performance on Palm Sunday 2018 at St Stephen’s Anglican Church, Richmond. Garry’s warm response to my first two church albums is entirely responsible for the generation of this one and the completion of the set. I thank Niko once again for sterling company and extraordinary skill at the desk. I thank Tim and Cheryl for keeping me at Rufus and continuing to encourage my exploration. Then I thank my parents, my brother Michael, Dr June Nixon, the late Dr Norman Curry, radio champions Mal Stanley, Jessica Nicholas, David Moyle and Andrew Ford, and everyone who responded so generously to my first two church albums. To Naomi, to Phoebs, to Mads, to Ben, to Tony, to Marty, my loving thanks for having cheered me through the last year or so. And to Jenni and to Tab big kisses for your love and your interest and support. Finally to my beautiful family, SJ, Olibol, Freds, and Lu-scoob, my heart. Thank you. Thank you.

With enthusiastic love, admiration and gratitude,
for Jeffrey Connor and Raymond Cowling 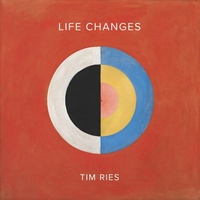