For the last five years, Tinariwen have been busy criss-crossing the globe bringing their triumphant tours to all five continents and expanding their audience. During this time their beloved homeland in the Adrar des Ifoghas, a Saharan mountain range that straddles the border between north-eastern Mali and southern Algeria has, in effect, been transformed into a conflict zone, a place where nobody can venture without putting themselves in danger.

These conflicts have forced the band into exile to record their eighth album, Elwan. A few friends dropped in during the sessions to add some magic to a few tracks including, Kurt Vile (electric guitar), Mark Lanegan (vocals on 'Nànnuflày'), Matt Sweeney (electric guitar) and producer/guitarist, Alain Johannes (Cigarbox guitar). Sessions were also recorded in Morocco, where the band was accompanied by local musicians, in a land where they are considered musical legends. 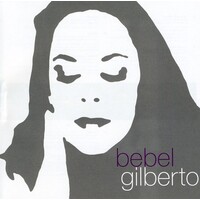