The fourth release in Tom Waits' series of skid row travelogues, Small Change proves to be the archetypal album of his '70s work. A jazz trio comprising tenor sax player Lew Tabackin, bassist Jim Hughart, and drummer Shelly Manne, plus an occasional string section, back Waits and his piano on songs steeped in whiskey and atmosphere in which he alternately sings in his broken-beaned drunk's voice (now deeper and overtly influenced by Louis Armstrong) and recites jazzy poetry. It's as if Waits were determined to combine the Humphrey Bogart and Dooley Wilson characters from Casablanca with a dash of On the Road's Dean Moriarty to illuminate a dark world of bars and all-night diners. Of course, he'd been in that world before, but in songs like "The Piano Has Been Drinking" and "Bad Liver and a Broken Heart," Waits gives it its clearest expression. Small Change isn't his best album. Like most of the albums Waits made in the '70s, it's uneven, probably because he was putting out one a year and didn't have time to come up with enough first-rate material. But it is the most obvious and characteristic of his albums for Asylum Records. If you like it, you also will like the ones before and after; otherwise, you're not Tom Waits' kind of listener.
AllMusic Review by William Ruhlmann 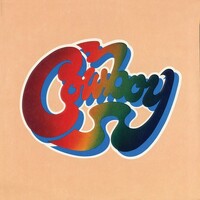