If Closing Time, Tom Waits' debut album, consisted of love songs set in a late-night world of bars and neon signs, its follow-up, The Heart of Saturday Night, largely dispenses with the romance in favor of poetic depictions of the same setting. On "Diamonds on My Windshield" and "The Ghosts of Saturday Night," Waits doesn't even sing, instead reciting his verse rhythmically against bass and drums like a Beat hipster. Musically, the album contains the same mixture of folk, blues, and jazz as its predecessor, with producer Bones Howe occasionally bringing in an orchestra to underscore the loping melodies. Waits' songs are sometimes sketchier in addition to being more impersonal, but "(Looking For) The Heart of Saturday Night" and "Semi Suite" are the equal of anything on Closing Time. Still, with lines such as "...the clouds are like headlines/Upon a new front page sky" and references to "a 24-hour moon" and "champagne stars," Waits' imagery is beginning to get florid, and in material this stylized, the danger of self-parody is always present.
AllMusic Review by William Ruhlmann 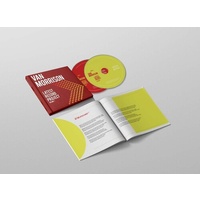