Tommy Flanagan (1930-2001) wasone of the most respected pianists in jazz by critics and, particularly, by his peers. But at the time this album was released, he had only one other album out as a trio leader and so it was highly prized by his then small, but growing, group of fans. His personal treatment of carefully chosen songs (two Ellingtons, some seldom-done pops, and one original) was much appreciated. 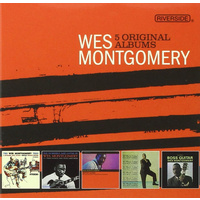