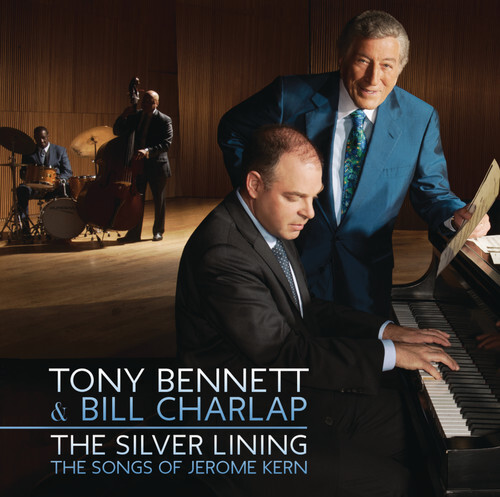 2015 release from the legendary crooner.

On The Silver Lining: The Songs of Jerome Kern, Tony Bennett is joined by acclaimed jazz pianist Bill Charlap. This release continues the classic series of Tony Bennett album releases celebrating the essentials of the Great American Songbook. The Silver Lining: The Songs of Jerome Kern is an appreciation of the genius of Jerome David Kern, one of the 20th century's most important American composers of musical theater and popular music. Jerome Kern was a major force on Broadway and in Hollywood musicals in a career that spanned more than four decades.

Playing alongside Tony Bennett and Bill Charlap on The Silver Lining: The Songs of Jerome Kern are pianist Renee Rosnes (on the piano duet pieces), Peter Washington (bass) and Kenny Washington (drums). Unrelated, though sharing the same last name, Peter and Kenny have been performing with Bill Charlap for nearly two decades and pianist Renee Rosnes has been Charlap's life partner for close to 10 years.