Toumani Diabaté is becoming recognized as one of Africa’s most gifted musicians. Now the Malian kora master releases his first solo album in 20 years.

Featuring visionary interpretations of classic themes alongside ground-breaking improvised pieces, The Mandé Variations is probably the most ambitious and challenging African instrumental album yet released. It is at once the definitive statement on where the kora is today and simply one of the most beautiful and melodically accessible albums you will hear this year. An important album for Africa, an important album for the world. 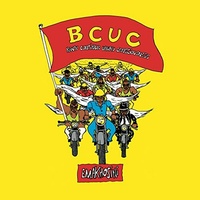