Trio 3 played five evenings together with pianist Geri Allen in the New York jazz club Birdland, paying homage to the jazz pianist Mary Lou Williams. They presented fresh and individualistic interpretations of some of the most beautiful pieces of the "First Lady of Jazz". Intakt has recorded these evenings.

Mary Lou Williams was one of the most famous pianists of swing. She wrote arrangements for Duke Ellington and played in countless bands and orchestras. Her music grew from ragtime over swing and blues, but was also geared to modern harmony. Within the same year she performed in Carnegie Hall as a duo with pianist Cecil Taylor as well as with Benny Goodman. Today many of her compositions belong to the canon of African-American music. 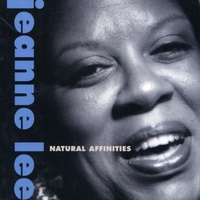