Since his stunning debut in 1974 on the Three Blind Mice label, Japanese pianist Tsuyoshi Yamamoto has built a career that now spans four decades.

Yamamoto's bluesy and sometimes funky piano style is buoyed by the strong, swinging support of bassist Hiroshi Kagawa and drummer Toshio Osumi. Together, they make muscular and uplifting music. The tracks are mostly well-known standards, rounded out by a Japanese song "Tsuki No Sabaku (Desert on the Moon)" and Yamamoto's original composition "Gentle Blues".

Super Audio CD
SACD Stereo SACD Layer
This Single-Layer SACD can only be played on a Super Audio CD Player! It will NOT play on conventional CD Players.
Made in Japan 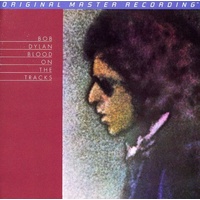