Uri Caine opens a new window in his versatile playhouse of music. Together with Zach Danziger and Tim Lefebvre he plays with the development of electronic and groove music. Caine, Danziger and Lefebvre are Bedrock and »Plastic Temptation« is their third album. The older sounds of the Hammond B3 and Minimoog are combined with the sounds of Drum 'n' Bass and electronica. Their sound encompasses wild improvisations, remixes of their own sounds, beats, and elements of Dance and House music. »Plastic Temptation« also features the stirring voice of gospel singer Barbara Walker and the propulsive rhythms of percussionist Elizabeth Pupo-Walker.

The foundation of Bedrock is based on group improvisation. Some of the songs are compositions with space for improvisation but many of the pieces are developed from a free interplay without fixed compositions. The structure of a rhythm, the sequence of harmonies and improvised melodic lines meet and a new sound emerges. Bedrock unites three individuals whose abilities act upon each other without regimentation and rules in order to create a whole out of three untamed streams. Parts, motives and elements of the finished material are filtered, mixed, re-arranged and again re-mixed. The creative process is the vital centre of Bedrock's artistic output. The music of Bedrock is a work in progress and a musical happening without scores and reflects many of today's current sounds. The wonderful, individual variety of Bedrock is joined by a unique sound concept. On many of the songs, Zach Danziger and Clay Holley make use of the studio in the same way that a guitarist uses his amp for reverb and other effects.

»Plastic Temptation« is Uri Caine's 20th production with Winter & Winter. The collaboration began over 15 years ago and has produced such cds as »Urlicht«, »The Goldberg Variations« and »Wagner e Venezia«. »Uri Caine Ensemble plays Mozart« received an ECHO Award in 2008. »The Othello Syndrome« was nominated for a Grammy Award in 2009 in the U.S. and won an Echo Award in 2009. This new Bedrock album goes in an entirely different direction than these other cds. Caine can hardly be defined, but his music encompasses many of the musical styles he grew up with and enjoyed playing while still a young musician in Philadelphia. Influences of Rhythm and Blues, Gospel, Jazz and Drum 'n' Bass blend into a new kind of music. Songs and forms influenced by pop music meet with more avant-garde sounds. The result is sometimes a kind of witty lounge music and sometimes a music with more hard driving grooves. A sense of creative play and fun take the music to unexpected places and the exuberant joy of the musicians can be felt throughout the cd .

P.S. Should someone ask Zach Danziger for his playing tip, I guess he would answer "Count Duke", in any case that's my favourite song of the CD. 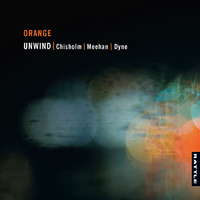