In the afternoon of August 29, 1858 Richard Wagner arrived in Venice for the very first time. All together he stayed six times in the city upon an island at the adriatic sea - at a time that many of his works came into existence. To Wagner the city of Venice represented a world of dreams come true: nothing moved him directly, anything seemed objective, like artwork. In Venice he wrote Tristan, his despairing love declaration to Mathilde Wesendonck: "And with him, if I may, I will return to see you, to console, to delight!"

Wagner, who while sitting at a restaurant at Piazza San Marco in Venice had to listen from time to time to his own compositions, arranged and played by Austrian military bands, got a little upset by the wrong tempo they had chosen. To prevent his compositions from being wrongly interpretated he took over the role of a leader of the rehearsals showing them the right tempo. Later on, after the Austrian militaries have been withdrawn, Italian ensembles took over the musical enrichment of the Piazza San Marco, having Wagner's music in their repertoire, too. According to such coffeehouse music the New York pianist and composer Uri Caine has arranged the different works of R.W.

In June 1997 the ensemble presented the result of Caine's arrangements of Wagner's music live in Venice. For five days the artists played at the Hotel Metropol at the Riva degli Schiavoni, formerly the home of Antonio Vivaldi, and at Piazza San Marco in front of the Gran Caffè Quadri, luring an audience with their music that was strongly orientated on Richard Wagner's originals though lively music. The cheerful-melancholy mood of the place and the special performance of the music with the easiness of a salon orchestra mould the character of this recording.

Recorded live in Venice, this production presents the music of Richard Wagner in a way it had been familiar to the composer himself thus forgotten in the meantime, leaving dusty pathos behind.

"The overture went pretty well. Me and Karl heard it at the restaurant while having our desert and half a bottle of champagne. On the next day the conductor of the Hungarian regiment showed up with pieces from Lohengrin."

Richard Wagner died during his sixth stay in Venice on February 13th, 1883.

Friedrich Nietzsche (formally a friend of Wagner and his works) wrote about Richard Wagner:

"I am far from harmlessly watching while this décadent ruins our health - and the music as well!

Or: The danger reaches its high point if such a music is more and more based on a very naturalistic acting and gesture arts that wants effect, nothing but effect... The espressivo and the music in service, in the slavery of attitude..."

Nitzsche wrote to his friend Köselitz after the death of Wagner:

"... I am quiet sure, that Wagner's death was the most essential relief that could have been provided to me. It was hard to be an antagonist of him for six years who one has honoured the most, and I am not rough enough for that. Lastly it has been the grown-old Wagner I had to resist; Referring to the real Wagner, I of course will still become a high part of his heir ..." 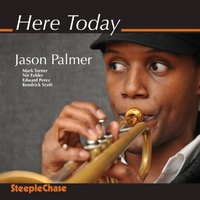 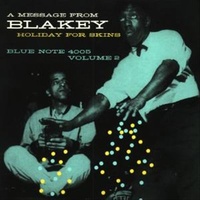