In 2011, Han Bennink and Uri Caine recorded a CD called Sonic Boom which was a recording of a live concert they gave at the Bimhuis in Amsterdam.

The duo plays original music composed by Uri and Han as well as free improvisations and spontaneous compositions. Han Bennink has long been known for his creative and groundbreaking approach to playing drums and is an integral part of the innovative Dutch scene. Uri Caine is a New York based keyboardist and composer who has played many forms of Jazz and improvised music throughout his career .

Together they are known as Sonic Boom and their music is exciting,unpredictable and dynamic. Album Credits and Contributions Executive Production Uri Caine for 816 Music Piano Uri Caine Drums Han Bennink Recorded by Marc Schots Mixing by Matthew Weiss for Weiss-Sound.com Mastered by Chris Athens Art by Han Bennink Design and Layout by Jan Caine. 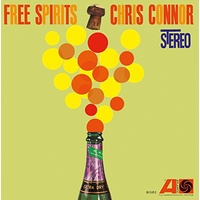