Dust My Rhythm & Blues is the first of this series, devoted to the R&B recordings released on Modern Record's third major subsidiary, Flair, between 1953 and 1956. Originally Modern's Hillbilly and Country imprint, after nine releases in that field, the Biharis switched Flair over to R&B - which is where our story begins. 50 tracks. 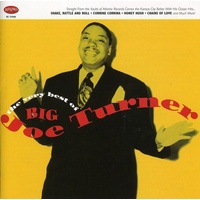